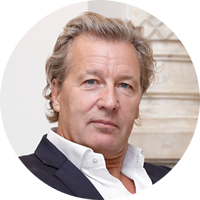 Many of the world's leading businesses employ Toby Foxcroft to unlock the creative energy of their people, to deliver culture change for performance and real leadership. He has led national and international projects on leadership and culture change in the UK, Europe, Turkey, Middle East and the United States. He was executive fellow at the famous Henley Business Management College for six years and delivered programmes at Reading University in the UK. His work was highly applauded and recognised on both the MBA and Corporate programmes. At Henley he designed, implemented and delivered workshops on Culture, Motivation, and Leadership. In 1990 he successfully led an ambitious project for IMG in Berlin for the newly re-unified Germany. In 2000 he founded Motivate International. Since that time, he has worked on significant change programmes and is regarded as the 'go to' person on Culture Change and Leadership. He has a formidable presence and work ethic that has been employed to great effect by many of the world's leading technology companies. He served six years on the board of the famous West London tennis club, Queen's, and later became Chairman.

Toby is also a very effective Executive Coach. Renowned as highly effective, intelligent, intuitive and compassionate, he finds ways to help you win. He has unique experiences and will approach challenges with an impressive ability to cut through complexity. He has a positive spirit of inclusion and action. Over the years, Toby has balanced various roles: as a professional sportsman, coach, agent, project director, event designer, radio & tv commentator, interviewer, writer, employee, facilitator, researcher, executive fellow, entrepreneur, adviser, board director, board chairman and speaker. He is well placed to help you and your business succeed.

Toby was born in Leeds, UK. He is single, has one daughter and lives in London.

We focused on 'playing to win' as opposed to 'playing not to lose'.